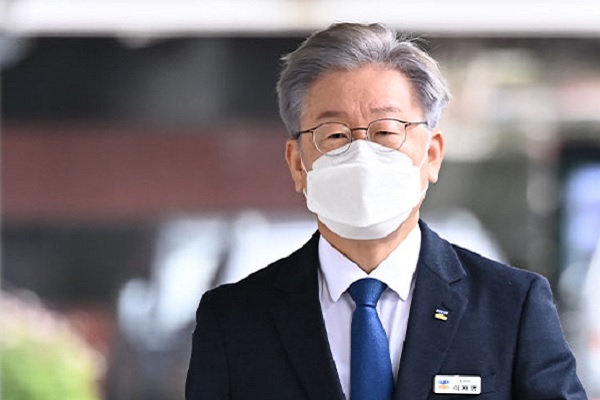 A parliamentary audit on the Gyeonggi provincial government is under way on Monday, with Gov. Lee Jae-myung, the ruling Democratic Party's(DP) presidential candidate, in attendance.

The main opposition People Power Party(PPP) claimed that Lee is the one who orchestrated the Seongnam land development project, which is currently embroiled in corruption allegations.

The PPP also suspected a connection between former Supreme Court Justice Kwon Soon-il, who served as a legal adviser to an asset management firm at the center of the scandal, and the top court acquitting Lee of election violation.

Lee, for his part, said those in possession of stolen property are the culprits, referring to the son of PPP-turned-independent Rep. Kwak Sang-do who received five billion won in severance from the asset management firm.

The governor also denied having a close relationship with Yoo Dong-kyu, the former acting chief of Seongnam Development Corporation, who has been arrested for his alleged role in the scandal.
Share
Print
List