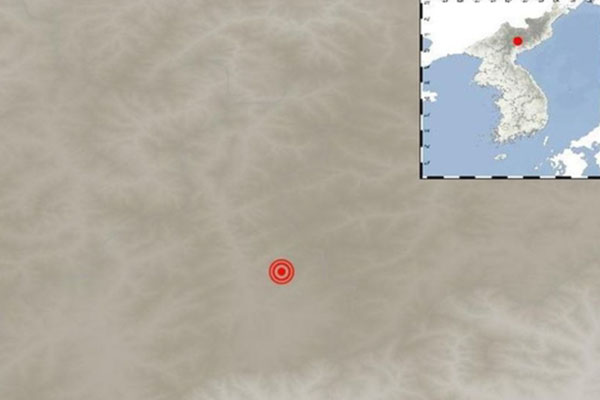 Two natural earthquakes were detected in the northeastern region of North Korea on Tuesday morning.

According to South Korea's weather agency, the first quake with a magnitude of two-point-six was reported about four kilometers southeast of Changjin in South Hamgyong Province at 6:41 a.m.

The Korea Meteorological Administration(KMA) said the second tremor with a magnitude of two-point-eight occurred four kilometers northeast of Changjin at 6:45 a.m.

The KMA said the two quakes are both natural and presumed to have caused no damage.

The tremors came after another natural earthquake with a magnitude of two-point-four occurred 36 kilometers northeast of Kilju in North Hamgyong Province on Sunday.
Share
Print
List