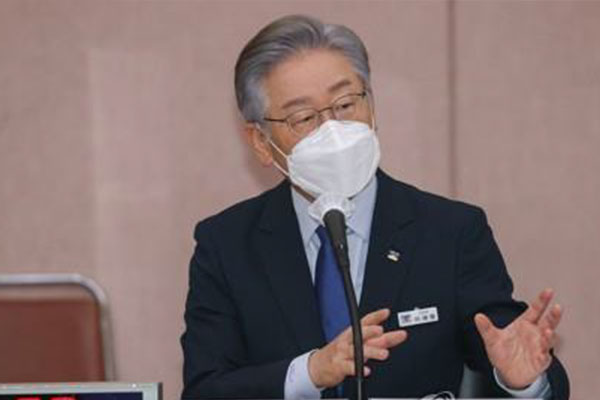 Despite Lee refusing to answer questions unrelated to the Gyeonggi government, the Seongnam development scandal from 2015 when he was mayor of the city dominated the session.

The main opposition People Power Party(PPP) claimed that the provincial government didn’t submit the problematic documents on the project to the committee for the audit. The DP countered that submitting the governor’s emails regarding the project borders on illegal surveillance.

The governor said he does not recall intervening in the appointment of Yoo Dong-kyu, who has now been arrested, as then-director of the Seongnam Development Corporation.

Lee went on to accuse the PPP of being a culprit, an apparent reference to the alleged involvement by some opposition figures. However, he apologized for failing to make sure all profits went to the public sector.