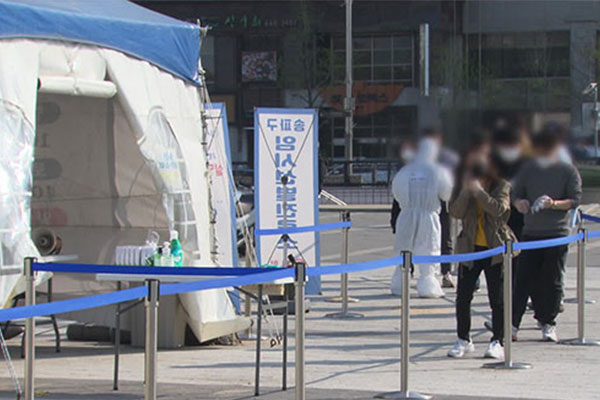 Daily COVID-19 cases remained in the 14-hundreds for a second straight day on Friday.

The Korea Disease Control and Prevention Agency(KDCA) said that one-thousand-440 infections were reported throughout Thursday, raising the cumulative total to 348-thousand-969 cases.

The daily figure was almost unchanged from the previous day and fell more than 240 from a week earlier. The case number also fell below 15-hundred for the first time in 14 weeks for a Friday.

Of the new cases, one-thousand-420 were local transmissions while 20 were from overseas.

Sixteen more deaths have been reported, raising the death toll to two-thousand-725. The fatality rate stands at zero-point-78 percent. The number of critically ill patients is down by seven from the previous day to 342.
Share
Print
List