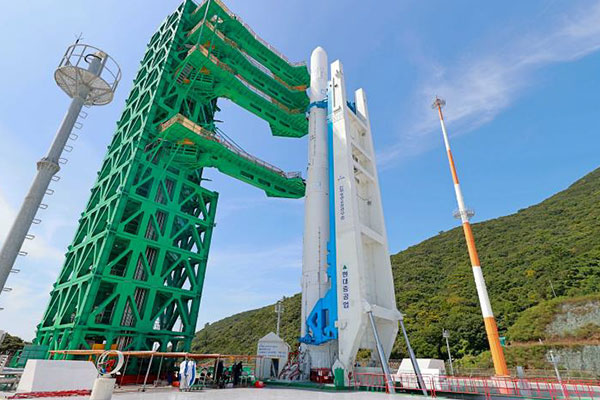 South Korea plans to conduct another launch of its first locally-developed space rocket Nuri next May.

According to the Ministry of Science and ICT and the Korea Aerospace Research Institute, the main objective of the launch will be to place a one-point-three ton dummy satellite and point-two ton performance verification satellite into a low orbit of between 600 to 800 kilometers above Earth.

The launch date, decided in December, is tentatively set for May 19.

After verifying the launch performance of the vehicle next May, the government will launch the Nuri four more times, including next December, in 2024, 2026 and 2027.

From the third launch, the government plans to load next-generation miniaturized satellites onto the Nuri as part of efforts to take an active role in global space exploration projects.

Ultimately, the government is aiming to load a lunar probe on Nuri in 2030 and launch it into space.
Share
Print
List