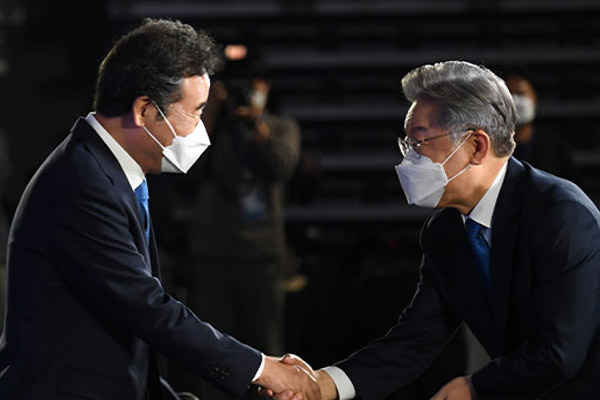 The two sides said Saturday they will meet up at a tea house in Anguk-dong, Seoul at 2 p.m. to discuss how they can work together toward a victory in next year's presidential election.

The two will be meeting for the first time in two weeks since the DP primary, when the Gyeonggi Province governor was nominated.

On Sunday, the governor is expected to request the former DP chief's support in his presidential bid.

Some speculate Lee may even propose a co-election committee chair post, although there is very little precedent of a former key rival serving in such capacity.