S. Korea, US Nuke Envoys to Hold Talks in Seoul 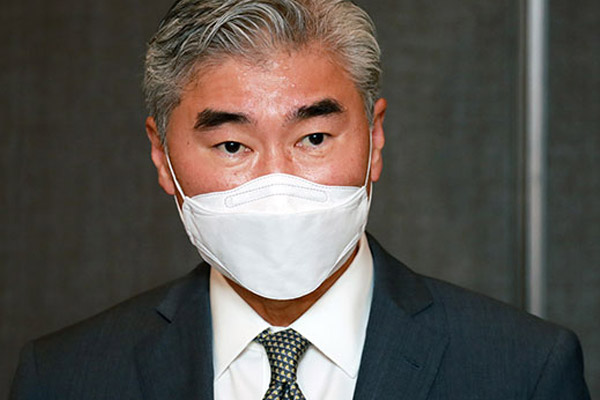 The two will discuss ways to restart dialogue with Pyongyang.

The envoys are meeting face to face less than a week after trilateral talks including Japan were held in Washington just this Tuesday.

Attention is on whether the U.S. will present an advanced stance on South Korea's proposal to declare a formal end to the Korean War.

Sung Kim's Seoul trip was initially scheduled as a three-day visit from Friday, but with his arrival being delayed a day, it will now be a two-day stay.
Share
Print
List