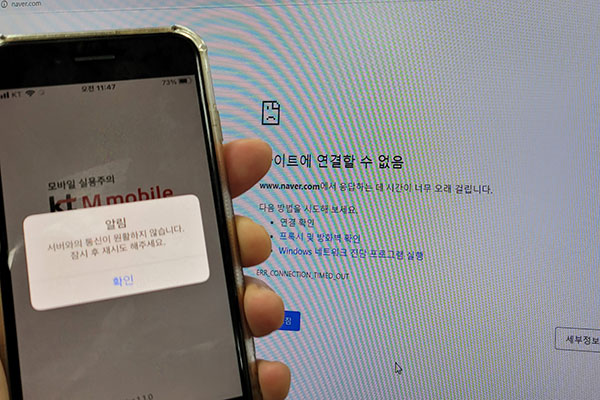 Wired and wireless service by KT Corporation, one of South Korea's major telecommunication companies, was disrupted for about an hour on Monday, shutting down internet service, phone lines, stocks trading and payment services around the country.

KT says the outage was likely due to a network routing error, revising its initial diagnosis of the disruption being due to a distributed denial-of-service(DDoS) attack.

KT's service was frozen for 40 minutes from 11:20 a.m. While most services began to normalize from noon, some regions saw delays.

The Gyeonggi Nambu Provincial Police Agency dispatched its cyberterrorism team to look into the cause of the mass blackout and identify the extent of the damage.
Share
Print
List