US to Allow Entry to Fully Vaccinated Foreign Air Travelers from All Countries from Nov. 8 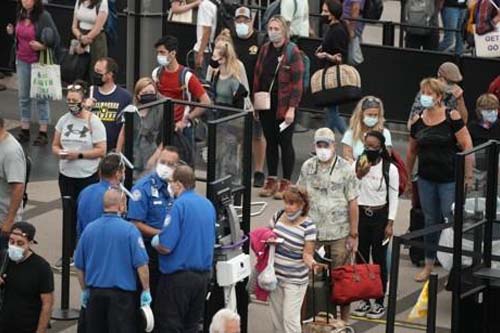 The United States has lifted strict travel restrictions on some countries, now allowing in foreign travelers that are fully vaccinated from next month.

According to the Associated Press, U.S. authorities announced a new air travel system on Monday, which will take effect from November 8.

Under the requirements, foreign air travelers aged 18 and older need to show official proof of full vaccination as well as a pre-departure negative COVID-19 test taken within three days of travel before they board a plane to the U.S.

Vaccines that have been approved by U.S. regulators or the World Health Organization will be accepted.

The U.S. allowed some exceptions to the requirement, including children under 18 and those who have medical reasons for not getting vaccinated.

The U.S. administration said unvaccinated residents of countries with vaccination rates below ten percent of adults may be admitted to the U.S. with a government letter authorizing travel for pressing, non-tourism purposes.