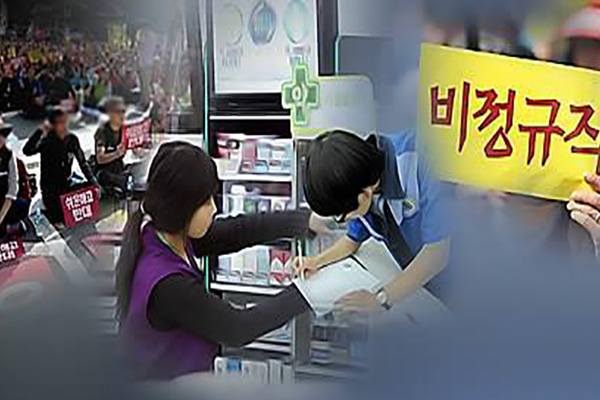 The gap in the average monthly salary between regular and irregular workers has widened by the biggest margin this year, according to latest data.

The salary gap between the two groups widened to one-point-57 million won, the largest since the agency began compiling related data in 2003.