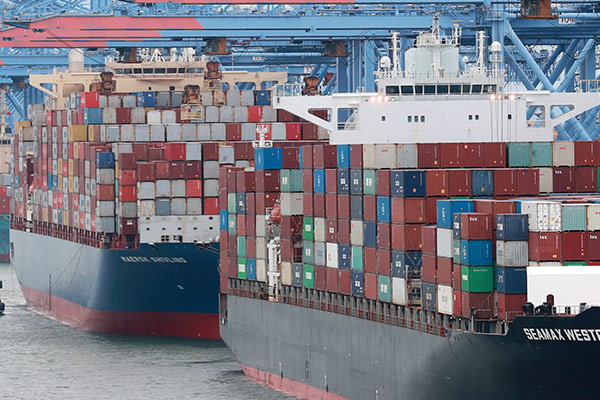 South Korea's annual trade volume has topped one trillion dollars in the shortest period of time, thanks to the brisk export of semiconductors and petrochemicals.

This marks the first time the nation’s trade volume exceeded one trillion dollars in the month of October since related statistics began to be compiled in 1956. The previous record was set on November 16, 2018.

If the latest streak of recovery continues, South Korea is likely to witness a record annual trade volume this year.
Share
Print
List