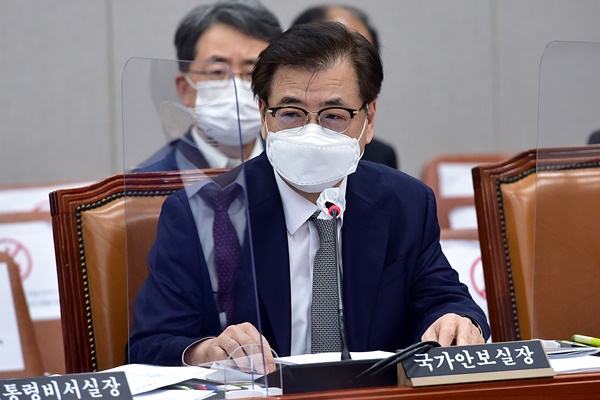 National security adviser Suh Hoon has denied that the government’s efforts to arrange another summit with North Korea are to serve domestic political purposes.

Kim raised suspicions that the Moon Jae-in administration is pushing for a “fake peace show” ahead of next year’s presidential election.

Suh said a summit will not be pursued as a political show, adding that the public will not tolerate that either. He also said it is difficult to predict if there would be another summit before the end of Moon’s term, citing “much uncertainty.”

When asked whether the president’s scheduled meeting with Pope Francis during his upcoming trip to Europe is aimed at pushing for an inter-Korean summit, Suh said the pope has expressed an interest in visiting North Korea several times and Moon will listen if the pope brings up the matter.
Share
Print
List