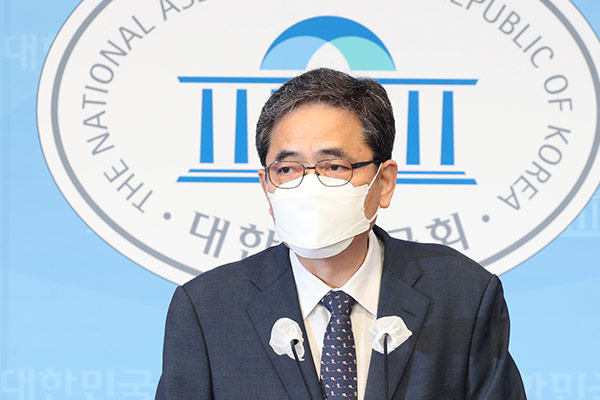 The prosecution is reportedly looking into suspicions that Rep. Kwak Sang-do helped Hwacheon Daeyu pursue the controversial Seongnam development deal by maintaining its partnership with a major commercial bank.

According to legal enforcement authorities and the political circle on Wednesday, the Seoul Central District Prosecutors’ Office allegedly seized circumstantial evidence corroborating the suspicion while questioning key suspects in the scandal and officials at Hana Bank.

According to the prosecution, a consortium led by the asset management firm Hwacheon Daeyu and Hana Bank once risked collapse after another consortium emerged as a strong contender.

The prosecution suspects Kwak demanded five billion won from the asset management firm in return, arranged for his son’s employment there, and received the money in the form of his son’s severance pay.