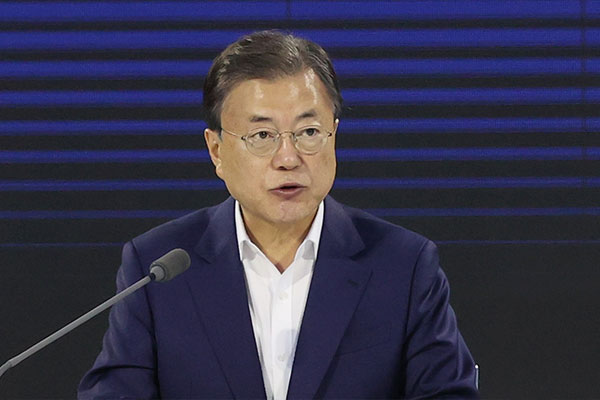 President Moon Jae-in on Wednesday expressed his condolences to the family of late former President Roh Tae-woo, noting both Roh’s achievements and faults.

According to spokesperson Park Kyung-mee, Moon issued a message crediting the late leader with foreign policy achievements such as the successful hosting of the 1988 Olympics, the Northern Policy initiative and the adoption of the 1991 Basic Agreement between the two Koreas.

But Moon also acknowledged Roh's involvement in a military coup and the brutal crackdown on the Gwangju pro-democracy uprising.

President Moon is not expected to visit Roh’s funeral altar with a virtual ASEAN Plus Three Summit to attend later Wednesday. He is also scheduled to embark on a trip to Europe on Thursday.

A senior presidential official said Moon's chief of staff You Young-min and state affairs secretary Lee Cheol-hee will visit the altar in his place. A state funeral is currently being held for Roh through Saturday.
Share
Print
List