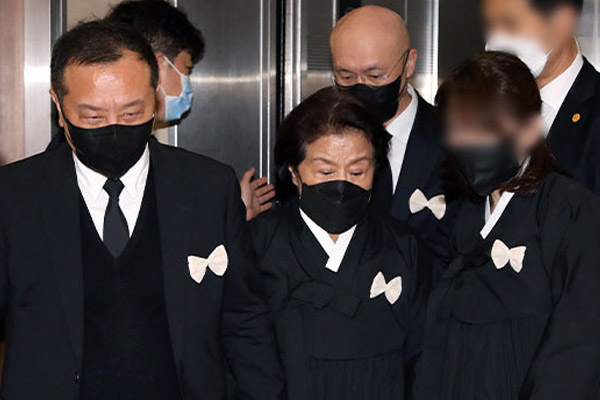 The wife of the late former dictator Chun Doo-hwan, infamous for his bloody crackdown of the Gwangju pro-democracy movement, has offered an apology on behalf of her husband to those who suffered pain during his reign.

Lee Soon-ja extended her deep apologies, a first by a member of the Chun family, as his coffin was being prepared to leave Severance Hospital in Seoul on Saturday morning.

She added that, in hindsight, much has happened since her husband stepped down from public office. And each time, he used to say that everything was his fault and due to his lack of virtue.

Chun, who served as security commander during the crackdown of the 1980 uprising, failed to issue a public apology for his past misdeeds while he lived.

Lee also said Chun had told the family he wanted a simple funeral. Instead of a tombstone, he wanted to be cremated and have his ashes scattered over a place overlooking North Korean land.

Marking the end of a five-day funeral, the ex-president's contemporaries, relatives and religious figures came out to see his coffin leave the hospital. His body is to be cremated at Seoul Memorial Park and the ashes kept at his home until a final resting place is decided.