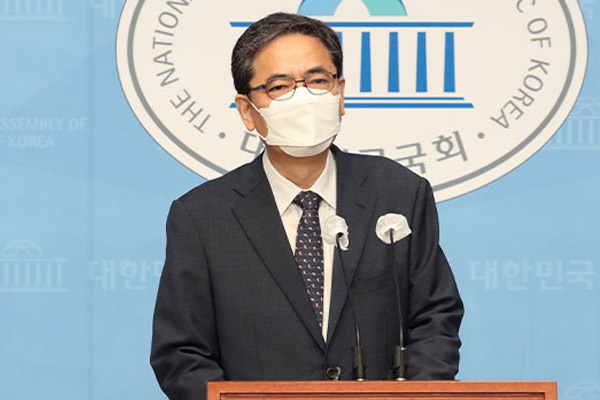 Prosecutors investigating the Seongnam land development scandal on Saturday called in for questioning former opposition lawmaker Kwak Sang-do over allegations that he had indirectly received bribes via a massive severance pay given to his son.

According to legal sources, Kwak was being grilled at Seoul Central District Prosecutors' Office from 10 a.m. as a suspect.

He is accused of planting his son at the asset management firm Hwacheon Daeyu, where he later collected a five billion won severance pay, in return for helping the firm form a consortium with Hana Bank in relation to the land development project.

Prosecutors believe that, at the request of Kim Man-bae, Hwacheon Daeyu's largest shareholder and a university peer, Kwak exerted influence on Hana Financial Group to make the consortium deal work.