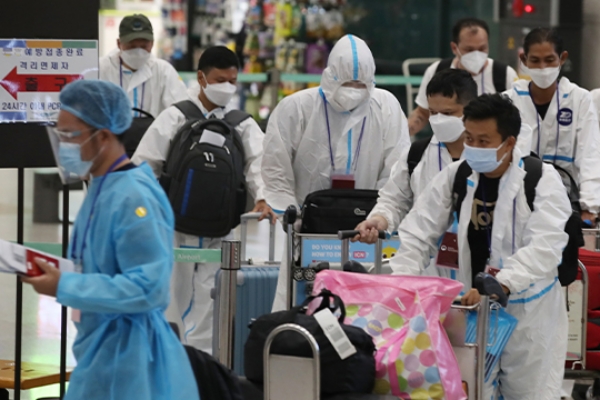 The new potentially more contagious coronavirus variant Omicron is being reported in more countries, putting the world on alert.

The new variant was detected in Britain, Germany, Italy and the Czech Republic on Saturday, a day after Belgium reported Europe's first case of the variant.

Dutch authorities said on Saturday that they believe Omicron cases are among 61 passengers on two flights from South Africa who tested positive for COVID-19 on Friday.

The emergence of the new variant, which was first identified in South Africa, has prompted countries to reimpose entry restrictions.

Israel banned the entry of all foreigners into the country for 14 days on Saturday after a case of Omicron was identified in the country.

New York City declared a state of emergency in response to a spike in infections and the threat of the new variant.