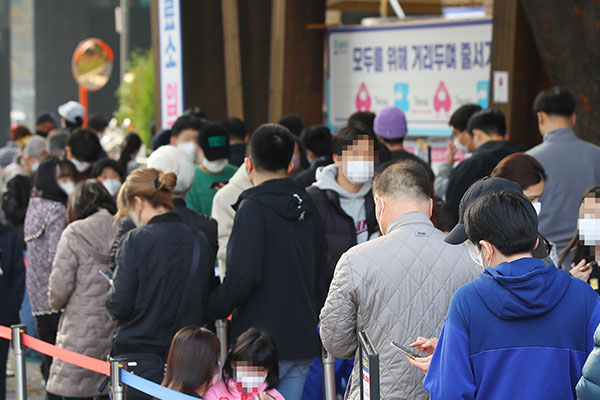 Health authorities reported over three-thousand new COVID-19 cases on Tuesday, with the number of critical patients hitting a new high.

The daily tally dropped by 277 from the previous day, but marks the largest for Tuesday.

The number of critically ill patients jumped by 32 from a day ago to 661, with people aged 60 and older accounting for 84 percent.

The overall death toll increased to three-thousand-624, with 44 new deaths, including a death from a child aged under ten.

The fatality rate stands at zero-point-81 percent, showing a steady rise from zero-point-78 percent tallied on November 1 when the nation began its transition to normalcy.

Of the new cases, three-thousand-three were local transmissions and 29 were from overseas.