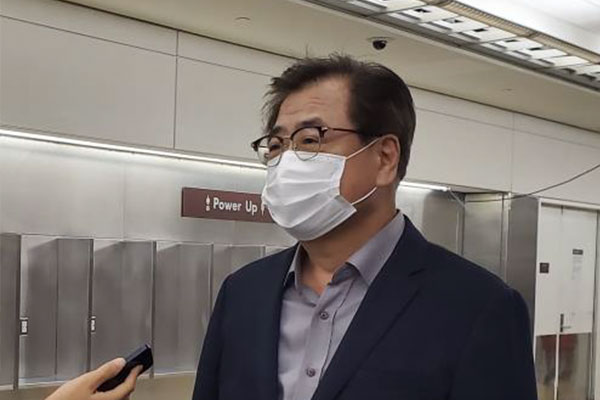 The president's top security advisor Suh Hoon is reportedly set to visit China this week to discuss Seoul’s proposal of declaring a formal end to the Korean War.

According to the diplomatic community on Tuesday, Director of the Office of National Security Suh will make a two-day visit from Thursday at the invitation of Yang Jiechi, a member of the Political Bureau of the Communist Party of China's Central Committee.

It is speculated Suh’s visit is aimed at briefing Beijing on the progress made so far regarding the end-of-war declaration. He will also likely seek China's help in drawing North Korea to the dialogue table.

A senior Seoul official told Yonhap News on Monday that China has made clear of its willingness to participate in the signing of a war-ending declaration as a signatory of the 1953 Armistice Agreement.

During the visit, Suh may also discuss the Beijing Olympics amid the U.S.’ move to diplomatically boycott the Games, as well as Chinese President Xi Jinping’s delayed plan to visit South Korea amid the protracted pandemic.
Share
Print
List