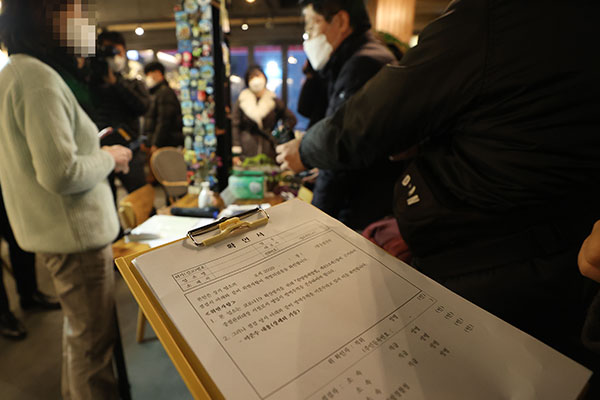 The government is expected to reinforce social distancing involving measures comparable to the toughest Level Four, as the nation confirmed its first infections of the new omicron variant with daily new cases staying above five-thousand for a second day.

According to health authorities on Thursday, private gathering restrictions will most likely be tightened, and business operation restrictions and shutdown orders for adult entertainment establishments are being considered.

While the new rules are likely to be announced as early as Friday, authorities said entry passes for those fully vaccinated will remain valid.

As of 12:00 a.m. Thursday, a record five-thousand-266 additional people tested positive, with four-thousand-118 of the cases located in the Seoul metropolitan area.

Critical cases stayed above 700 for the second straight day, with nearly 80 percent of beds for those patients occupied. Operation rates in the capital city surpassed 90 percent.

On Wednesday, the nation's first group of five people were confirmed to have contracted the omicron variant, and experts have raised concern that local transmission of the variant may already have begun.
Share
Print
List