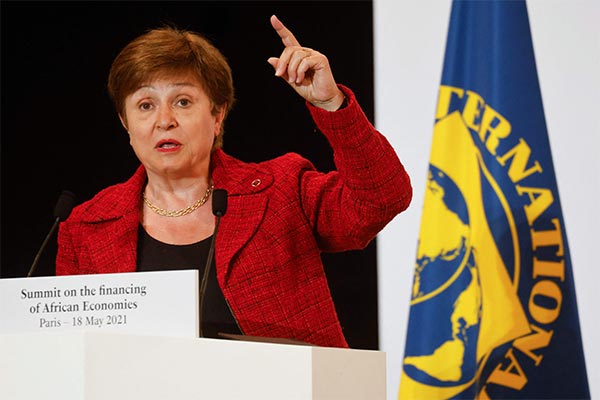 The head of the International Monetary Fund projects that the new omicron variant could slow global economic recovery, just as the delta strain did.

According to Reuters and Bloomberg, IMF chief Kristalina Georgieva said Friday while attending a Reuters event that a new variant that may spread very rapidly can dent confidence and, in that sense, the IMF's October projections for global growth are likely to see some downgrades.

In its most recent World Economic Outlook, the fund projected global growth of five-point-nine percent this year, down from six, in consideration of the virus resurgence and supply chain issues.

The managing director said that even before the arrival of omicron, there was concern the recovery was losing momentum, causing some countries to be left behind.

She also noted that about 60 percent of the world's poorest countries are at high risk or already in debt distress, which is double the share of 2015.
Share
Print
List