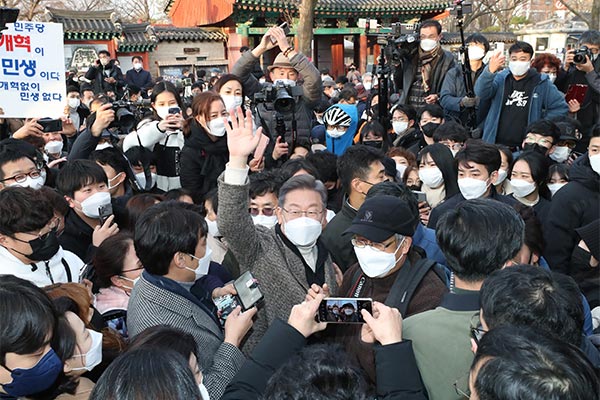 Lee has already visited a public market in Gunsan and is scheduled to move on to Gimje and Namwon later on Saturday.

In North Jeolla, Lee has appealed to local sentiment arguing the region is being discriminated against and balanced national development is necessary.

He also targeted his rival Yoon Seok-youl of the main opposition People Power Party by criticizing the prosecution's tyrannical power. Yoon was prosecutor-general before he entered politics.

On Sunday, Lee will visit Jeongeup and Wanju and wrap his three-day North Jeolla tour.