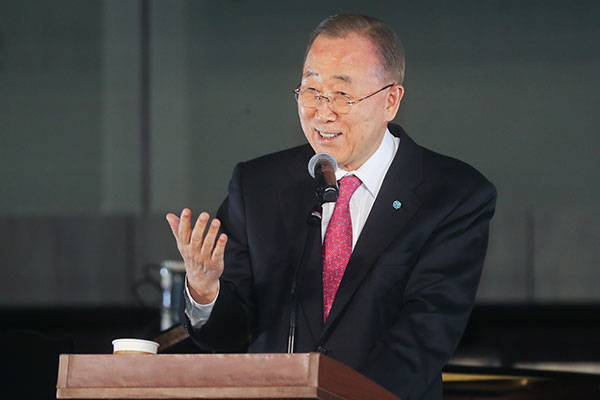 According to Global Times on Sunday, Ban said in an interview with Chinese media that he received an invitation to the Olympics and intends to attend as the chair of the International Olympic Committee(IOC) Ethics Commission.

Ban reportedly said he was pleased that the 2008 Beijing Olympics were very successful and was convinced the Chinese government and people will overcome difficulties caused by the COVID-19 pandemic and successfully host the Winter Games.

An aide to Ban told Yonhap News that the former UN chief expressed his intent to attend the Games during an interview with Chinese media around October 25 on the occasion of China's 50 years of membership in the UN.

It was before U.S. President Joe Biden said Washington was considering a diplomatic boycott of the Games.

Ban's aide said it is natural for the chair of the IOC ethics commission, not a representative of a country, to attend the Beijing Olympics and an IOC meeting that will take place at that time.
Share
Print
List