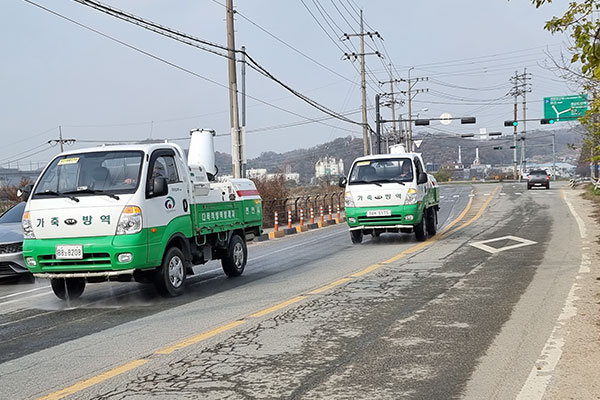 The government confirmed another case of the highly pathogenic H5N1 avian influenza virus at a chicken farm in Yeongam, South Jeolla Province on Monday.

The Ministry of Agriculture, Food and Rural Affairs said the H5N1 virus was confirmed at a farm raising about 36-thousand egg-laying chickens.

This is the tenth confirmed case involving poultry farms after this year's first case was reported at a quail farm in Eumseong, North Chungcheong Province on November 8.

The farm in Yeongam marks the second case involving an egg farm after this year's first case was confirmed in Cheonan, South Chungcheong Province the previous day.

Authorities will launch an emergency inspection of egg farms across the nation on Tuesday to contain the spread of the virus.
Share
Print
List