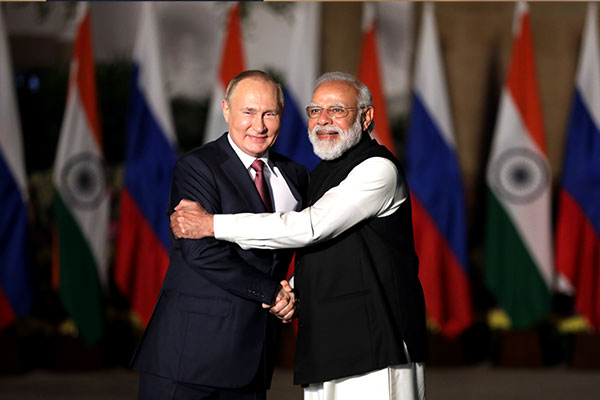 India and Russia have agreed to boost cooperation toward establishing peace on the Korean Peninsula.

In the statement, the two leaders called on related parties to work toward denuclearizing the peninsula in a bid to build peace and stability in the region. They stressed the need for continued dialogue, reiterating a position they had previously unveiled during their summit in 2019.

Ahead of the summit, Modi said while the world has witnessed significant changes in the past decades, India and Russia continue to enjoy an unchanging friendship and stronger-than-ever ties.

Putin, for his part, said Russia regards India as a world power and long-time friend and vowed to continue to advance relations in military cooperation.
Share
Print
List