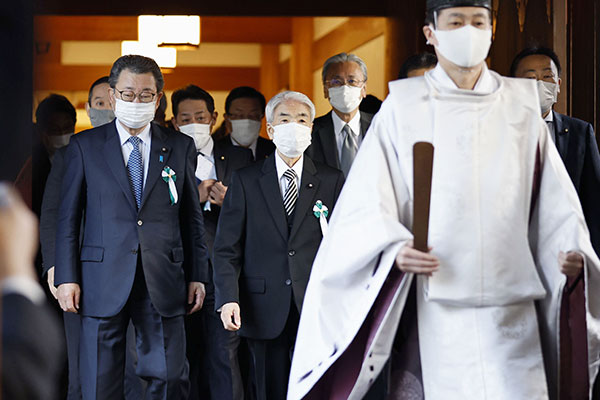 A group of 99 Japanese lawmakers from both ruling and opposition parties visited the controversial Yasukuni Shrine in Tokyo on Tuesday.

According to Japan’s Kyodo News and Sankei Shimbun, the legislators are members of a group in the Japanese Diet that pays homage to the shrine, which is considered a symbol of Japan's past militarism.

It marked the first time in two years and two months that the group has visited the shrine.

The group previously visited the shrine three times every year to pay respect to the fallen, but had not done so since last year due to the COVID-19 pandemic.