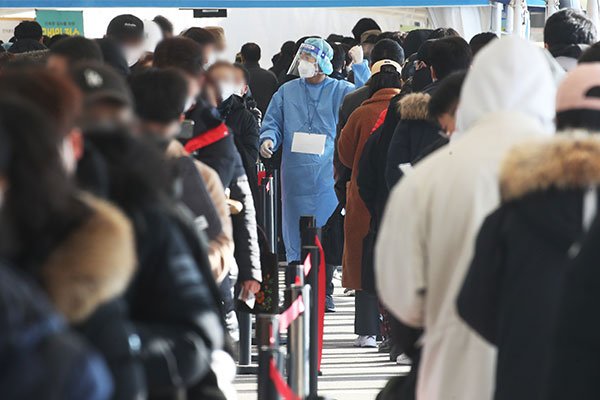 The nation reported 12 additional cases of the omicron variant on Tuesday, raising the country's cumulative caseload to 36.

The Korea Disease Control and Prevention Agency(KDCA) said of the new cases, three came from overseas and nine were local transmissions. All overseas cases arrived from South Africa.

Of the total omicron cases in the nation, nine were imported and 27 were local transmissions. Most of the domestic cases were related to a church in Incheon’s Michuhol district.

Though the KDCA has yet to make an official announcement, the Seoul Metropolitan Government reported that three foreign students attending universities in the capital were infected with the variant.

It marks the first cases involving the latest COVID-19 strain to be detected in Seoul. Quarantine authorities are keeping a close eye on possible clusters emerging on university campuses in the capital city.

Authorities are tracking some 13-hundred people to confirm whether they have been infected with omicron, including 607 people who came in close contact with infected people.
Share
Print
List