Rate of Gov't Support for Health Insurance Financing Set at 14.4% for 2022 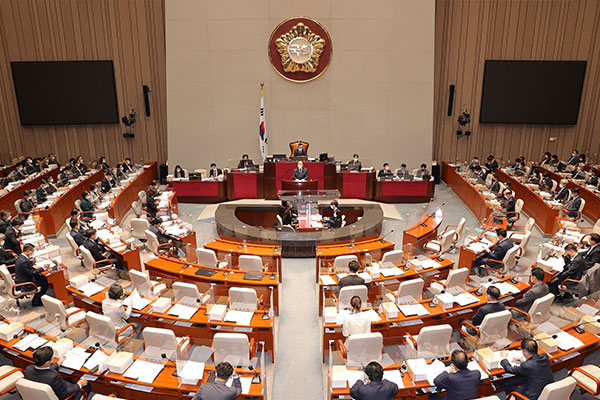 The rate of support from state coffers for health insurance financing has again been set below the standard stipulated by law.

According to the National Assembly and health ministry on Tuesday, the rate for 2022 was set at 14-point-four percent in parliament last Friday, or up point-one percentage point from the government proposal.

By amount, support would rise by around 100 billion won to nearly ten-and-a-half trillion won. It is up ten-point-five percent compared to this year, but falls short of the rate of "about 20 percent" as stipulated by law.

None of the administrations, including that of former presidents Lee Myung-bak, Park Geun-hye and the incumbent Moon Jae-in, were able to meet the legally required standard since the law took effect in 2007.
Share
Print
List