Heads of N. Korean Navy, Air Force Confirmed to Have Been Demoted 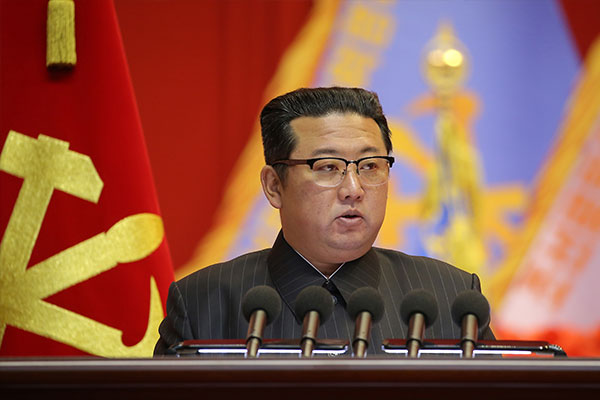 The heads of the North Korean Navy and Air Force were each confirmed to have been demoted by one rank.

The North's state-run Korean Central News Agency on Tuesday reported on a meeting of military educators led by regime leader Kim Jong-un in Pyongyang over the past weekend.

KCNA released photos of Kim Myong-sik, the commander of the Korean People's Navy, wearing the two-star “chungjang” rank rather than the three-star “sangjang” rank.

Kim Chung-il, the commander of the Korean People's Army Air and Anti-Air Force, donned the one-star “sojang” rank instead of the two-star “chungjang” rank.

Although the North's state media has yet to mention the demotions, the two officials were likely reprimanded in the past several months due to internal problems. In July, the North’s leader urged military chiefs to seek ways to resolve shortcomings and biases.
Share
Print
List