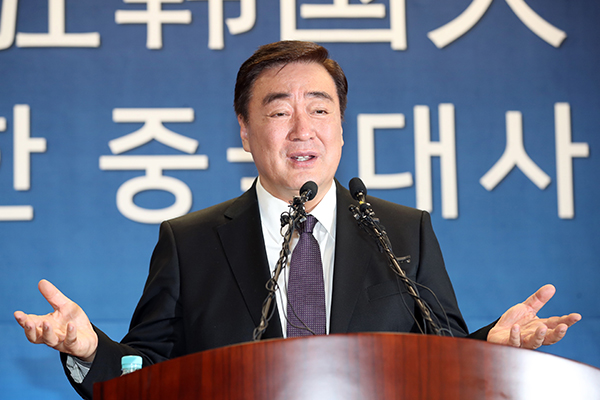 Chinese Ambassador to South Korea Xing Haiming said Seoul and Beijing must resolve difficult problems through cooperation as they mark the 30th anniversary of diplomatic ties next year.

His remarks came during a meeting hosted by the Korea Enterprises Federation on Tuesday that discussed the supply chain for raw materials and incentives for South Korean firms in China.

On the federation's call to shore up stability in the supply chain, Xing said that China and South Korea have formed pragmatic systems to boost exchanges and ensure the smooth operation of the two countries' industries and supply chains.

The ambassador also vowed to make utmost efforts for the interest of South Korean firms, saying he is well aware of their heavy investments in China.