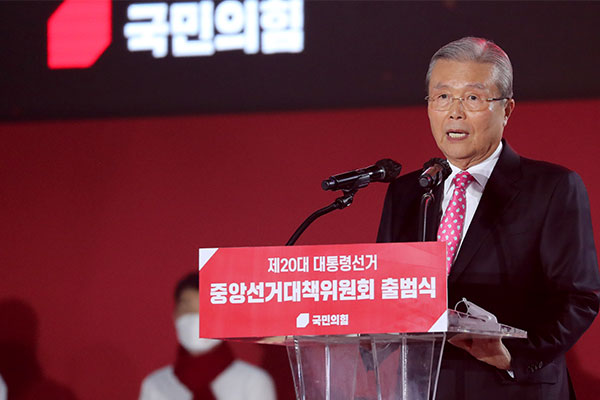 The main opposition People Power Party(PPP) held the first meeting of its presidential election management committee on Tuesday, a day after it launched.

The party decided to dub the committee “the Election Management Committee that Saves Hope, Justice, the People and the Nation.”

PPP Secretary-General Kweon Seong-dong said the people have called for efforts to face the forces that are killing the nation, justice and people’s livelihood, and to resuscitate the economy and people’s lives.

Yoon said at the meeting that he is confident the party will become stronger through the upcoming presidential elections and once it secures power, it will gain the driving force needed to operate state affairs.

Kim said he believes the party could gain power if Yoon and the committee don’t commit any serious errors given that the public is eager for a shift in power.

He stressed that the party can enjoy victory if the election management committee carries out operations according to plan and without any glitches.
Share
Print
List