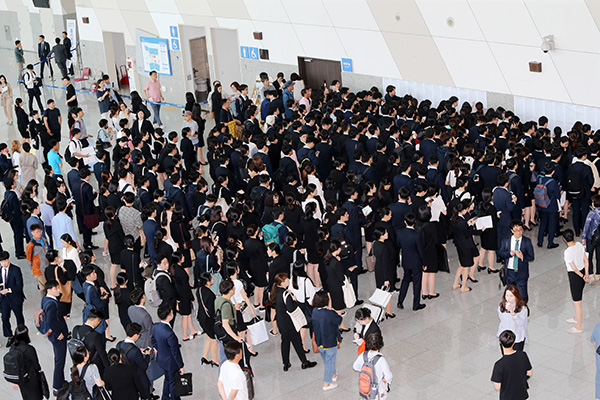 The number of jobs grew over 700-thousand last year compared to 2019 but half of those jobs were held by seniors aged 60 or older.

According to data released by Statistics Korea on Tuesday, jobs in the nation totaled 24-point-seven million last year, up 710-thousand, or two-point-nine percent, from 2019.

The number of jobs held by people aged 60 or older surged 380-thousand, or nearly eleven percent, to post the sharpest growth among age groups. That’s far higher than the growth of some 80-thousand jobs held by those in their 20s and 30s.

The statistics agency found that 53-point-five percent of the 710-thousand additional jobs were held by seniors aged 60 or older.