China Pledges Countermeasures over US Boycott of Beijing Olympics 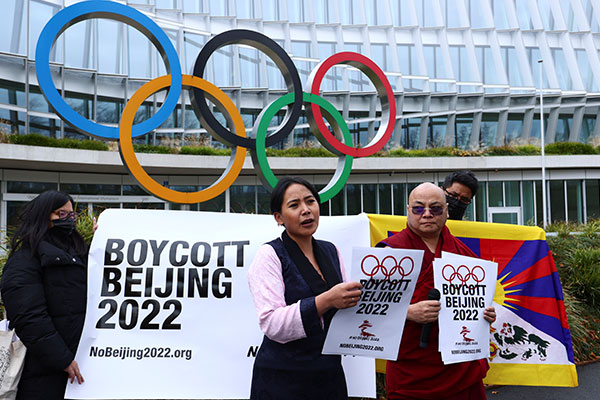 Beijing has pledged countermeasures after Washington announced a decision to diplomatically boycott the winter Olympics set to be held in China in February.

Chinese foreign ministry spokesperson Zhao Lijian on Tuesday relayed his government’s “strong discontent and firm opposition” to the U.S. move, adding it lodged a protest and will take “firm countermeasures.”

He said the U.S. should cease its actions and rhetoric that politicize sports and destroy the Winter Games, warning refusal to do so would damage dialogue and cooperation on bilateral, international and regional issues.

White House spokesperson Jen Psaki on Monday announced the Joe Biden administration’s decision to refrain from sending any diplomatic or official representation to the upcoming event, in protest of China's human rights abuses including alleged genocide and crimes against humanity in Xinjiang.

Accusing the U.S. of committing genocide against indigenous Americans, the Chinese spokesperson claimed the U.S. decision is a serious violation of the principle of political neutrality in sports.
Share
Print
List