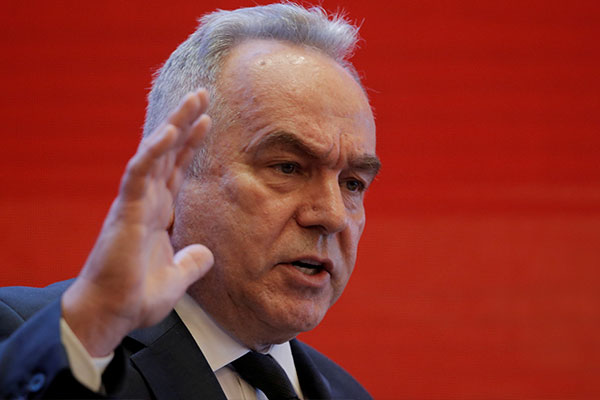 The National Security Council coordinator for the Indo-Pacific made the remarks in a forum hosted by the Chey Institute for Advanced Studies, a think tank run by South Korean conglomerate SK Group.

Asked if the U.S. government has plans to engage North Korea, Campbell said the U.S. and South Korea continue to seek the "best way" to do so.

He added that dialogue between Seoul and Washington is very strong, and the two sides continue to be joined at the hip with respect to their outreach to Pyongyang.

Campbell said the U.S. is still determined to put its best foot forward with respect to diplomacy although it has not had success. However, he did not answer questions about declaring a formal end to the Korean War.
Share
Print
List