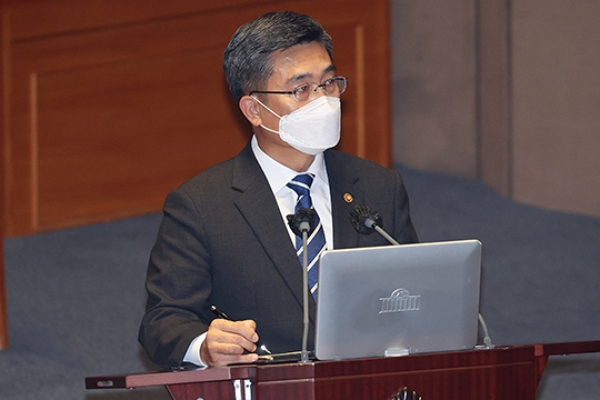 South Korea has pledged one million dollars to contribute to UN peacekeeping operations.

The government made the pledge on Tuesday at the 2021 Seoul UN Peacekeeping Ministerial conference aimed at calling for global support for peacekeeping operations.

On the first day of the two-day virtual meeting, South Korea unveiled the "Seoul Initiative on Technology and Medical Capacity Building in Peacekeeping."

At a meeting, Defense Minister Suh Wook elaborated on the pledge, saying the country will play a leading role in turning UN camps into "smart" camps equipped with advanced technology.

He said South Korea will allocate an additional one million dollars to a peacekeeping trust fund and offer 16 helicopters for operations in Africa. The minister added that the nation will also offer demining equipment and send additional police personnel for responses to cybercrime.
Share
Print
List