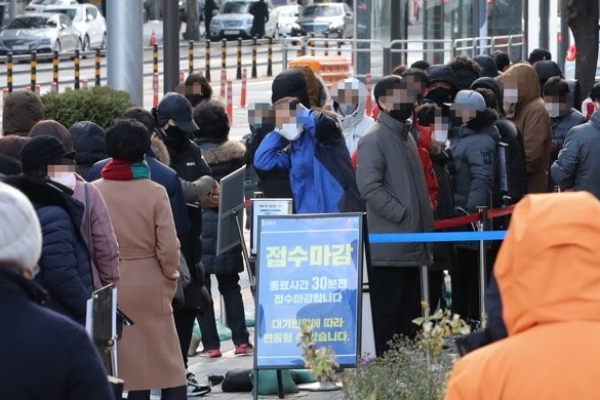 Daily new COVID-19 cases surpassed seven-thousand for the first time ever, with the number of critically ill patients also hitting a new high.

The daily tally is the largest since the nation reported its first confirmed case on Jan. 20, 2020. The figure is one-thousand-823 more than the previous record set on Saturday. It soared by over 22-hundred from the day before.

Almost 56-hundred domestic cases came from the capital region, accounting for 78 percent of all local infections.

Amid the continued spike, the number of critically ill patients also hit a new high of 840, replacing the previous record of 774 set a day ago. The figure surpassed 800 for the first time after staying above 700 for seven consecutive days.