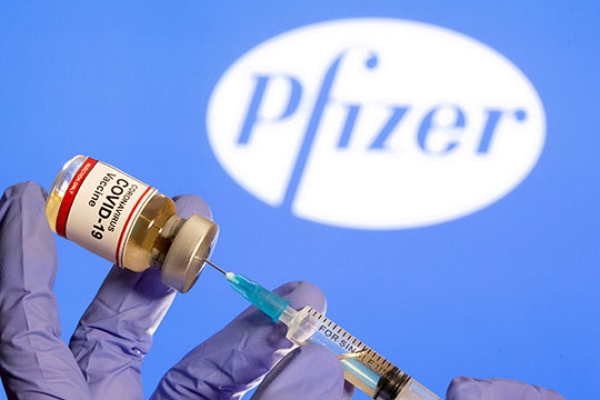 Global pharmaceutical companies Pfizer and BioNTech reportedly said on Wednesday that their COVID-19 vaccine appears to protect against the new omicron variant in lab tests under a three-dose regime.

Reuters and other media reported that the U.S. and German companies released the preliminary results of lab tests that sought to assess the effectiveness of the vaccine against omicron.

The test, which was conducted at the University Hospital Frankfurt in Germany, showed that two doses of the Pfizer-BioNTech vaccine resulted in significantly lower neutralizing antibodies.

The companies reportedly said, however, that a third dose of their vaccine increased antibodies 25-fold compared to two doses.

They said that people who have received only two doses may still be protected against severe disease because immune cells are able to recognize 80 percent of parts of the spike protein that the vaccine targets.

The companies are reportedly developing an omicron-specific vaccine that they hope to have available by March.
Share
Print
List