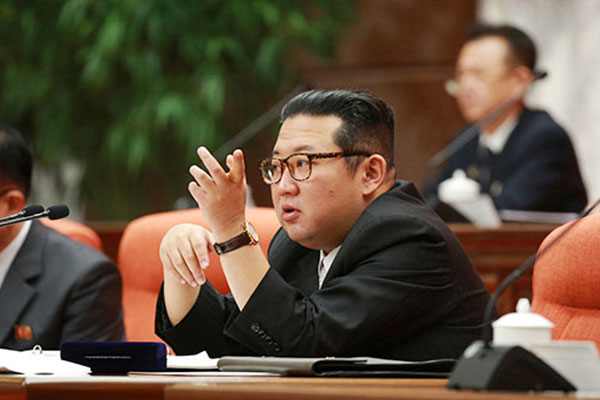 The regime does not formally celebrate the day, with no special holiday marked on the calendar.

No mention of his birthday could be found in any reports by state media outlets including the Korean Central News Agency and the ruling party newspaper Rodong Sinmun.

Pyongyang commemorates the birthdays of its two late former leaders, Kim Il-sung on April 15 and Kim Jong-il on February 16. Kim Jong-un's birthday has yet to be officially marked.

It was only in 2014 that the North Korean leader's date of birth came to be publicly known when the KCNA reported that U.S. basketball star Dennis Rodman has visited the North for Kim's birthday.

Kim Jong-il's birthday was declared a public holiday when he turned 40 in 1982, eight years after he was named successor to lead the country.
Share
Print
List