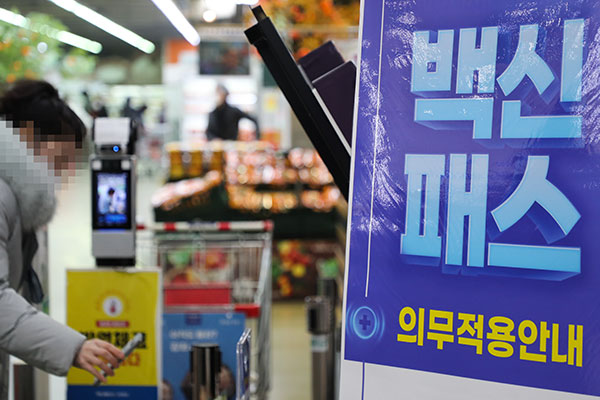 Health Minister Kwon Deok-cheol announced the plan on Monday in opening remarks for a government meeting on COVID-19 responses.

The minister said the government plans to lift the COVID-19 pass system for facilities at which people can wear face masks all the time, adding the number of infections has decreased compared to last month, when the nation expanded the scheme.

Kwon also cited the need to overhaul the system after a court ruling that halted it.