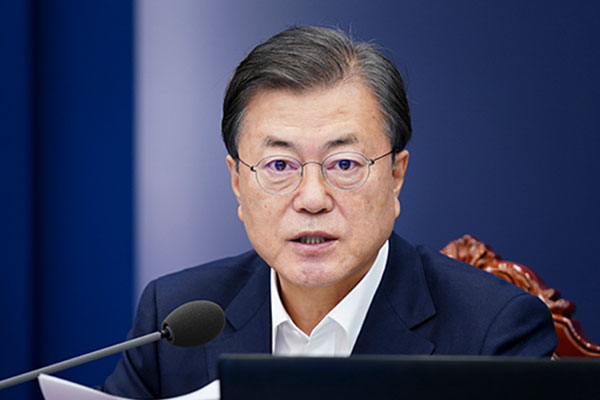 The phone conversation comes after the United Arab Emirates(UAE) canceled the planned talks between the two leaders earlier on Monday citing an "unforeseen and urgent matter of state."

Presidential spokesperson Park Kyung-mee reported that in the 25-minute conversation, President Moon said that although he did not meet the crown prince in person, he extended gratitude for the warm hospitality shown by the UAE prime minister to the South Korean delegation.

In particular, the president expressed condolences to victims of a deadly drone attack on a key oil facility and the international airport in Abu Dhabi on Monday. The attack, claimed by Yemen's Houthi rebels, killed three people.

The crown prince told Moon that the attack was anticipated and sought understanding for the canceled talks.

Moon and the crown prince also discussed defense cooperation between the two nations during the phone talks.
Share
Print
List