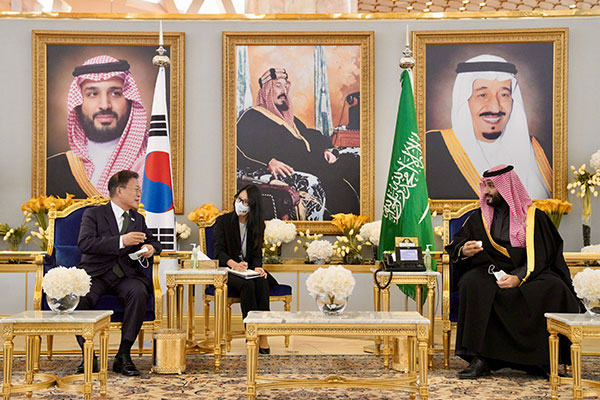 During talks in Riyadh on Tuesday, Moon said he is pleased to see bilateral defense cooperation making great strides and hoped negotiations to import South Korean defense goods would be fruitful, according to presidential spokesperson Park Kyung-mee.

Moon said South Korea will cooperate as much as possible not just on exporting its weapons systems but also on technological transfers so the production of weapons within Saudi Arabia is possible.

The president’s remarks indicate that talks related to arms exports to Saudi Arabia are under way, although no details regarding the matter have been revealed.

President Moon also hoped the two countries would cooperate on the hydrogen economy and contribute to Riyadh achieving its goal of carbon neutrality.