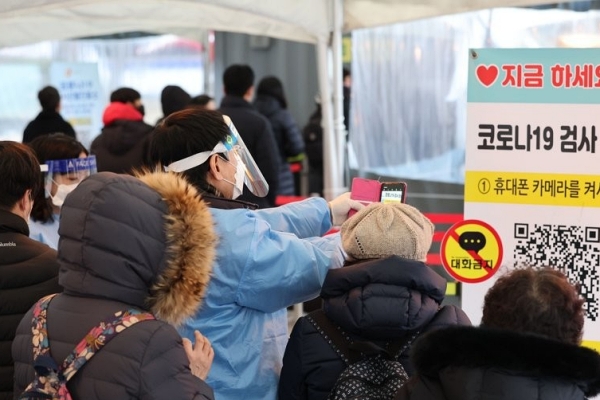 Daily COVID-19 cases remained above seven-thousand for the third consecutive day on Monday with the number of omicron infections doubling in the past week.

The Korea Disease Control and Prevention Agency(KDCA) said Monday that seven-thousand-513 new infections were reported throughout the previous day, including 354 cases from abroad.

The daily tally is three-thousand-656 more than a week ago and more than double the figure for two weeks ago.

The number of omicron infections rose by four-thousand-830 in the past week to total nearly ten-thousand. The government said the detection rate of the variant reached 50-point-three percent as of last week.

The number of critical patients is down 13 to 418, while 25 more deaths were reported in the past 24 hours, raising the death toll to six-thousand-565. The fatality rate stands at zero-point-89 percent.