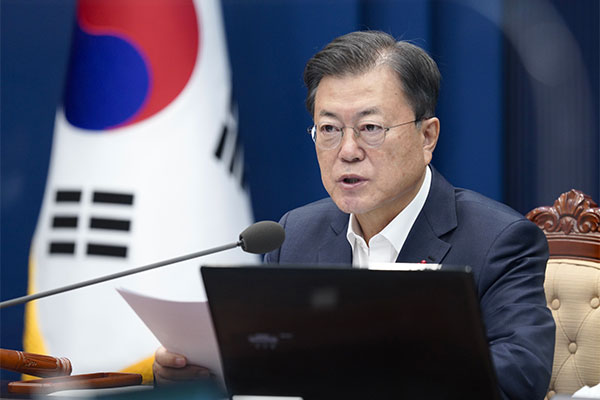 President Moon Jae-in called for a swift transition to a new quarantine system after the omicron variant was confirmed to have become the dominant strain in the country.

According to Park Soo-hyun, the senior presidential secretary for public communication on Monday, Moon emphasized speed as he instructed a swift adoption of the preemptively prepared system.

President Moon made the statement from self-quarantine, which runs for three days through Tuesday since his return from Egypt on Saturday.

The president stressed the need to sufficiently inform the public about new testing and treatment protocols under the priority-based system, and to fully cooperate with both public and private medical facilities.

He also urged the public to get vaccinated, wear masks and refrain from traveling during the next week's Lunar New Year holiday.