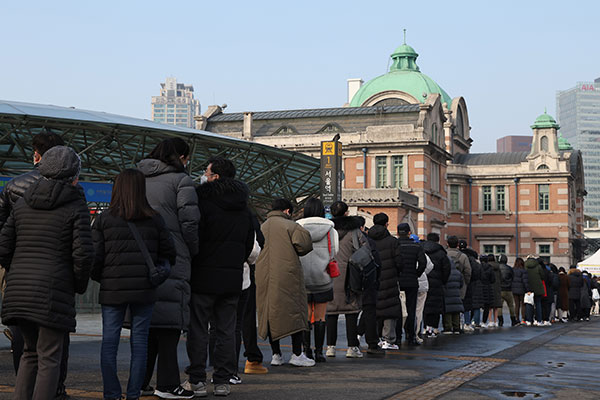 The fatality rate of COVID-19 patients infected with the omicron variant has been found to stand at zero-point-16 percent, or one-fifth that of its delta peer at zero-point-eight percent.

Six patients have died, all of whom were 60 or older including two in their 90s. The figure rises to ten if epidemiologically related cases are counted, which are those that are not yet confirmed but strongly suspected to be omicron.

Studies in South Africa and Canada had placed omicron's fatality rate at a quarter of that for delta.

Meanwhile, there are eleven critically ill patients infected with omicron, with eight in their 70s and 80s.

Authorities said that based on data from home and abroad, the variant is less severe than the delta variant but more serious than the seasonal flu. However, they noted that if a rapid outbreak occurs, it can increase hospitalizations and deaths.
Share
Print
List