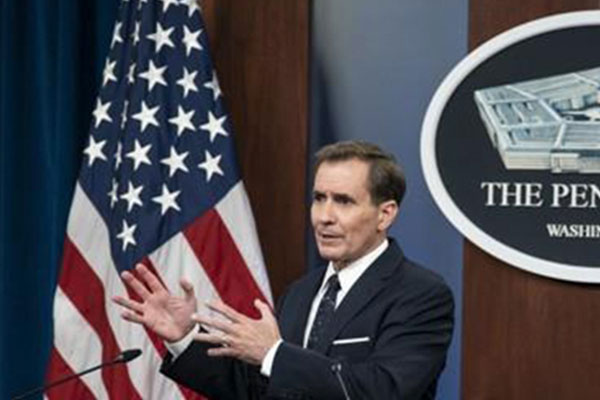 The U.S. Department of Defense has repeated calls on North Korea to stop its provocations and instead return to dialogue.

Pentagon spokesperson John Kirby made the appeal on Monday during a press briefing when asked about the possibility of the North conducting intercontinental ballistic missile tests.

Kirby said that the U.S. has been very clear about its concerns over the advancing nuclear ambitions and ballistic missile capabilities of Pyongyang.

The spokesperson said the U.S. continues to condemn it and to call on the North to cease these provocations and abide by international law and United Nations Security Council resolutions. It also urges the country to try and find ways to de-escalate the tension.

He added that Washington has said very clearly that it is willing to sit down with North Korea without preconditions, but the North has shown no desire to move that forward.

Regarding China's role, Kirby urged China to use its influence on North Korea to help bring its neighbor back to the negotiating table by implementing UN Security Council resolutions against the North.
Share
Print
List