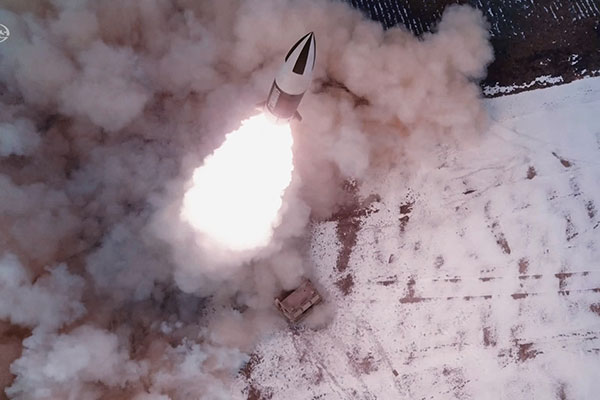 The standing committee of the National Security Council(NSC) convened an emergency meeting on Thursday, following North Korea's sixth missile test of the year earlier in the day.

During the meeting led by National Security Adviser Suh Hoon, the committee expressed deep regret over the North's repeated launches that go against the international community's demands for peace and stability on the Korean Peninsula.

The participants urged Pyongyang to swiftly return to dialogue on denuclearization, stressing that the situation on the peninsula must not be further aggravated.

In its statement, however, the committee neither called the latest launches of what are believed to be short-range ballistic missiles a provocation nor condemned the North's actions.

According to a high-level official at the presidential office, President Moon Jae-in is being briefed in real-time on the situation. The official also said the launches could be an attempt for Pyongyang to highlight its presence.
Share
Print
List