Gov't Calls in Japanese Envoy to Protest Sado Mine Decision 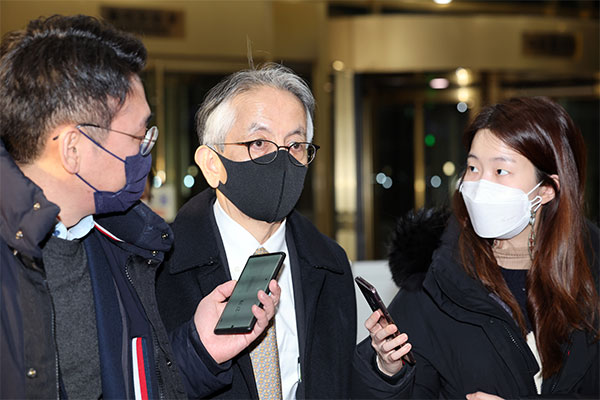 The South Korean government has summoned the Japanese ambassador to Korea to protest Tokyo's decision to push for UNESCO World Heritage listing of a former gold mine linked to wartime forced labor.

Choi asked Tokyo to immediately stop the pursuit of a heritage designation for the Sado mine while disregarding the painful history of Korean forced labor.

He also urged Japan to faithfully fulfill its promise to explain the wartime issue at an information center on its early modern era industrial sites that earned UNESCO designation in 2015.

In response, the ambassador conveyed his country's stance and said he will deliver South Korea's position to the Tokyo government.

A Cabinet meeting is expected to approve the decision Tuesday, after which an application will be submitted.

A UNESCO advisory body will then inspect the mine site and a final decision by the World Heritage Committee will come in June next year.

Over a thousand Koreans were known to be forced into labor at Sado mine, which shifted to producing war materials such as copper, iron and zinc from the onset of the Pacific War.
Share
Print
List