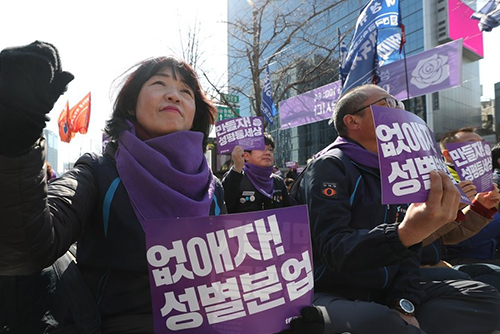 South Korea remains at the very bottom of the glass-ceiling index that measures the role and influence of women in the workforce.

According to the annual index released by The Economist on Tuesday, South Korea's score hovered around 20 out of 100, ranking the lowest among 29 OECD member nations.

This marks the 10th consecutive year that South Korea has ranked dead last on the list since the British news magazine began compiling the index in 2013.

The Economist explained that South Korea and Japan, where women must still choose between a family or a career, filled the bottom two places, while the U.S., Germany and the U.K. also fell within the bottom half.

The Economist pointed out that domestic labor is seriously imbalanced in Asia, citing South Korea and Japan as the two countries where women perform five times as much housework as men.
Share
Print
List