Survey: 58% of S. Koreans Against Relocation of Presidential Office 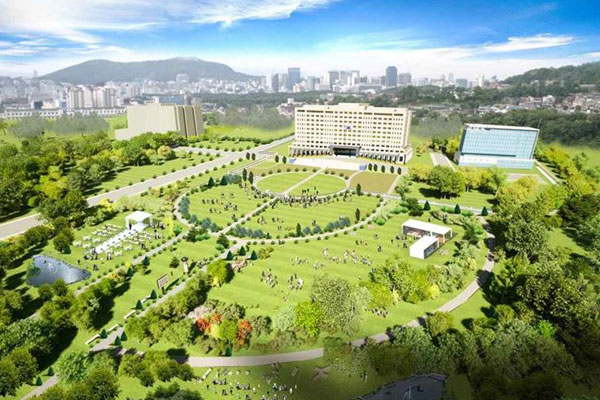 Results from a survey released on Tuesday find that 58 percent of South Koreans are opposed to President-elect Yoon Suk Yeol's plan to relocate the presidential office to the defense ministry compound.

According to the survey of more than one-thousand adults conducted over the weekend by the pollster Mediatomato, 58-point-one percent of the respondents said the presidential office should be located at the current Cheong Wa Dae complex in northern Seoul.

Thirty-three-point-one percent were in favor of the relocation.

Among respondents that support the Democratic Party, 95-point-one percent voiced opposition to the relocation.

Among the respondents supporting the People Power Party, 63-point-six percent were in favor of the plan, while 25-point-four percent were against.

The survey, commissioned by online media outlet News Tomato, has a 95 percent confidence level with a margin of error of plus or minus three-point-one percentage points.