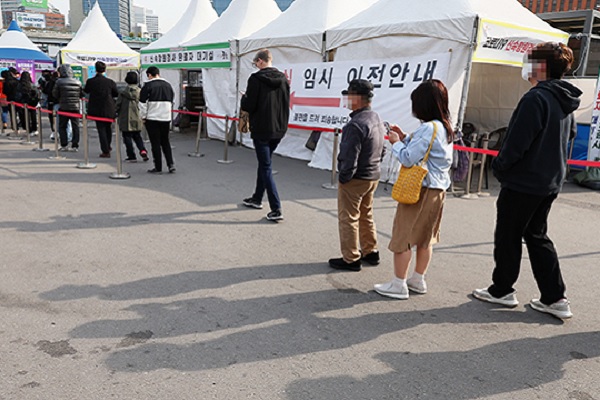 Daily COVID-19 cases climbed back above 200-thousand, but the number of deaths fell to the 100s for the first time in about four weeks.

The Korea Disease Control and Prevention Agency said on Tuesday that 210-thousand-755 infections were reported throughout the previous day, including 33 cases from overseas. The total caseload came to 15-million-635-thousand-274.

The figure decreased, however, by over 55-thousand from a week ago and 136-thousand from two weeks ago. It is the lowest in five weeks for Tuesday figures.

With the steady drops in infections, the number of deaths also dropped to 171 deaths, down 87 from a day ago.

The figure dropped to the 100s for the first time in 27 days since March 16. The death toll rose to 19-thousand-850, with the fatality rate standing at zero-point-13 percent.

The number of critical patients is also down by 94 to one-thousand-five.

The occupancy rate of ICU beds for critically ill COVID-19 patients nationwide stood at 58-point-one percent, and over one million people are recovering from COVID-19 at home as of Tuesday.
Share
Print
List